skip to main | skip to sidebar

hello m . everything fine ?From the point off view off herbal medicine i recapitulate¨, the wormwood extract from artemisia annua l was originally used as an infusion for the treatment off malaria , after the archeologicial recovery off the recipe in china it became used and produced in africa and asia from the seventies on,. alcoholic solutions -tincture- give a higher compound concentration, the tablets used on the base off the dry extract in some cases suggests allergic deadly reactions in tanzania one text mentioned-as a cancer treatment for breastcancer it can be very effective with the extracted component artemisinin in watery solution and pumping up the iron content off cancer cells at the same time with holotransferrin, in herbal medicin context , there has to be looked to natural ways to enhance the iron content off cancer cells , which naturally is higher than healthy cells, and so the artemisinin does its work very efficient, that artemisinin part could be done with the infusion or an alcoholic tincture from the point off view off natural medicin, for the pumping up off the iron content off cancer cells a remedy can posibly be found....it just needs some more random literature research at its best, the dried extract is very high in concentration so the tincture or the infusion could sail around most alergic reactions i guess....so far so good...wish you all the best

,wormwood originally used to combat malaria, the recipe was undigged in an archeological dig in the 70ties

This is an archived article.

Two bioengineering researchers at the University of Washington have discovered a promising potential treatment for cancer among the ancient arts of Chinese folk medicine.

Research Professor Henry Lai and assistant research Professor Narendra Singh have exploited the chemical properties of a wormwood derivative to target breast cancer cells, with surprisingly effective results. A study in the latest issue of the journal Life Sciences describes how the derivative killed virtually all human breast cancer cells exposed to it within 16 hours.

“Not only does it appear to be effective, but it’s very selective,” Lai said. “It’s highly toxic to the cancer cells, but has a marginal impact on normal breast cells.”

The compound, artemisinin, isn’t new. It apparently was extracted from the plant Artemesia annua L., commonly known as wormwood, thousands of years ago by the Chinese, who used it to combat malaria. However, the treatment was lost over time. Artemisinin was rediscovered during an archaeological dig in the 1970s that unearthed recipes for ancient medical remedies, and has become widely used in modern Asia and Africa to fight the mosquito-borne disease.

The compound helps control malaria because it reacts with the high iron concentrations found in the malaria parasite. When artemisinin comes into contact with iron, a chemical reaction ensues, spawning charged atoms that chemists call “free radicals.” The free radicals attack cell membranes, breaking them apart and killing the single-cell parasite.

About seven years ago, Lai began to hypothesize that the process might work with cancer, too.

“Cancer cells need a lot of iron to replicate DNA when they divide,” Lai explained. “As a result, cancer cells have much higher iron concentrations than normal cells. When we began to understand how artemisinin worked, I started wondering if we could use that knowledge to target cancer cells.”

Lai devised a potential method and began to look for funding, obtaining a grant from the Breast Cancer Fund in San Francisco. Meanwhile, the UW patented his idea.

The thrust of the idea, according to Lai and Singh, was to pump up the cancer cells with maximum iron concentrations, then introduce artemisinin to selectively kill the cancer. To accommodate a rate of iron intake greater than normal cells, cancer cell surfaces feature greater concentrations of transferrin receptors — cellular pathways that allow iron into a cell. Breast cancer cells are no exception. They have five to 15 times more transferrin receptors on their surface than normal breast cells.

In the current study, the researchers subjected sets of breast cancer cells and normal breast cells to doses of holotransferrin (which binds with transferrin receptors to transport iron into cells), dihydroartemisinin (a more water-soluble form of artemisinin) and a combination of both compounds. Cells exposed to just one of the compounds showed no appreciable effect. Normal breast cells, exposed to both compounds, exhibited a minimal effect. But the response by cancer cells when hit with first holotransferrin, then dihydroartemisinin, was dramatic.

After eight hours, just 25 percent of the cancer cells remained. By the time 16 hours had passed, nearly all the cells were dead.

An earlier study involving leukemia cells yielded even more impressive results. Those cells were eliminated within eight hours. A possible explanation might be the level of iron in the leukemia cells.

“They have one of the highest iron concentrations among cancer cells,” Lai explained. “Leukemia cells can have more than 1,000 times the concentration of iron that normal cells have.”

The next step, according to Lai, is animal testing. Limited tests have been done in that area. In an earlier study, a dog with bone cancer so severe it couldn’t walk made a complete recovery in five days after receiving the treatment. But more rigorous testing is needed.

If the process lives up to its early promise, it could revolutionize the way some cancers are approached, Lai said. The goal would be a treatment that could be taken orally, on an outpatient basis.

“That would be very easy, and this could make that possible,” Lai said. “The cost is another plus — at $2 a dose, it’s very cheap. And, with the millions of people who have already taken artemisinin for malaria, we have a track record showing that it’s safe.”

Whatever happens, Lai said, a portion of the credit will have to go to unknown medical practitioners, long gone now.

“The fascinating thing is that this was something the Chinese used thousands of years ago,” he said. “We simply found a different application.” 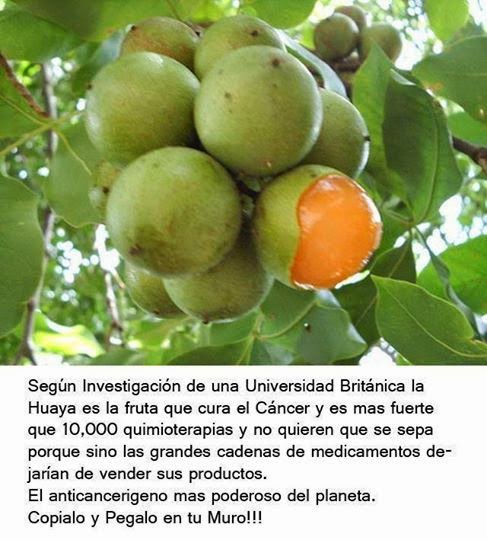 Posted by pedropajarito at 5:11 PM No comments:

Seleccionar idioma​▼Today, odds are that you have had/have cancer, or know somebody who does. In Canada, approximately one million Canadians that were alive at the beginning of 2009 have had a cancer diagnosis in the previous 10 years. Two out of every five Canadians will develop cancer within their life time, and one in every four will die.(3) In the United States, one out of every two men, and one out of ever three women will become infected with cancer.

These rates have continued to skyrocket since we started recording them and more people are starting to ask questions and observe the environment we choose to surround ourselves with on a daily basis.

Despite these statistics, new research is emerging everyday that puts into question the only two approved treatments for cancer, which are radiation and chemotherapy. It seems we are approaching a time where the medical community will be forced to open up to new options when it comes to cancer treatment. After all, scientists have discovered that chemotherapy fuels cancer growth and kills the patient more quickly, yet nothing has been changed, both are extremely toxic to the human body.

A little known Chinese herb might be eligible for the growing list of cancer killers via alternative methods of treatment. According to studies published in Life Sciences, Cancer Letters and Anticancer Drugs, artemesinin, a derivative of the wormwood plant commonly used in Chinese medicine, can kill off cancer cells, and do it at a rate of 12,000 cancer cells for every healthy cell. (0)

Henry Lai and his team of researchers from the University of Washington synthesized the compound, which uses a cancer cells appetite for iron to make them the target. The great thing about artemisinin is that alone it can selectively kill cancer cells while leaving normal cells unharmed.

Despite the compound being licensed to Holley Pharmaceuticals, it has yet to be used for cancer treatment in humans.

“We call it a Trojan horse because the cancer cell recognizes transferrin as a natural, harmless protein. So the cell picks up the compound without knowing that a bomb (artemisinin) is hidden inside.” - Henry Lai

The wormwood extract was used many centuries ago in China for healing purposes. The treatment became lost over time and has now been rediscovered thanks to an ancient manuscript containing medical remedies. It kills 12,000 cancer cells for every healthy cell, which means it could be turned into a drug with minimal side effects.

“The compound is currently being licensed by the University of Washington to Artemisia Biomedical Inc., a company that Lai, Sasaki and Narendra Singh, UW associate professor of bioengineering, founded in Newcastle, Washington for development and commercialization. Human trials are at least several years away. Artemisinin is readily available, Sasaki said, and he hopes their compound can eventually be cheaply manufactured to help cancer patients in developing countries.” (0)

Artemisinin is currently FDA approved for the treatment of malaria, it’s very safe and easy to use. It’s inexpensive and works on all cancers but has yet to find it’s way into the mainstream. It’s really time to move beyond just radiation, surgery and chemotherapy for the treatment of cancer.

Posted by pedropajarito at 10:51 AM No comments: 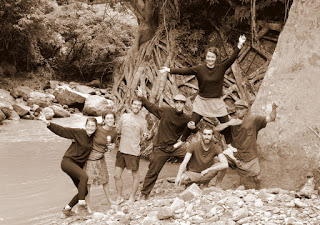